Cookies help us deliver our services. By using our services, you agree to our use of cookies. Learn more
CAVING ACTIVITIES IN RÍO MUNDO
Search and book caving, ecotourism and sustainable tourism activities near you, and all over Spain, organized by local experts
Featured experiences
A few of our most amazing activities 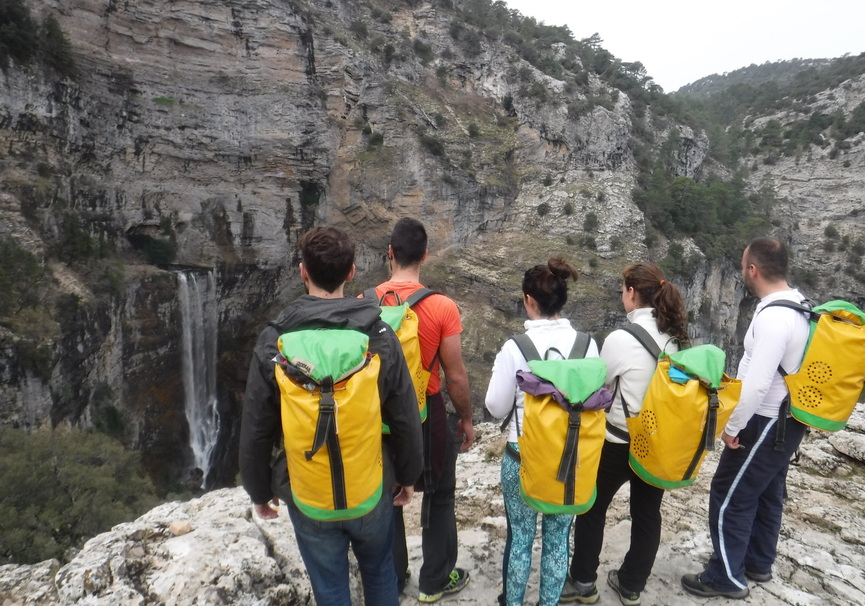 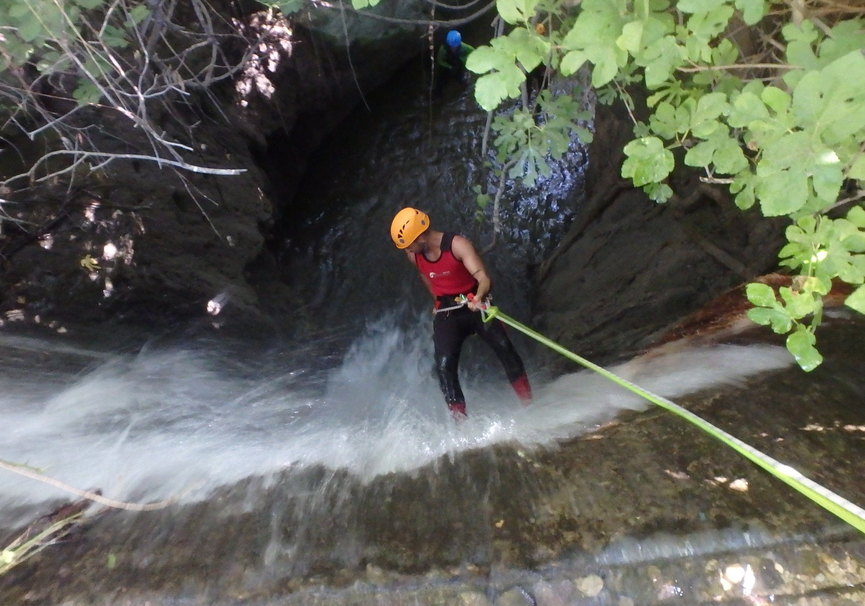 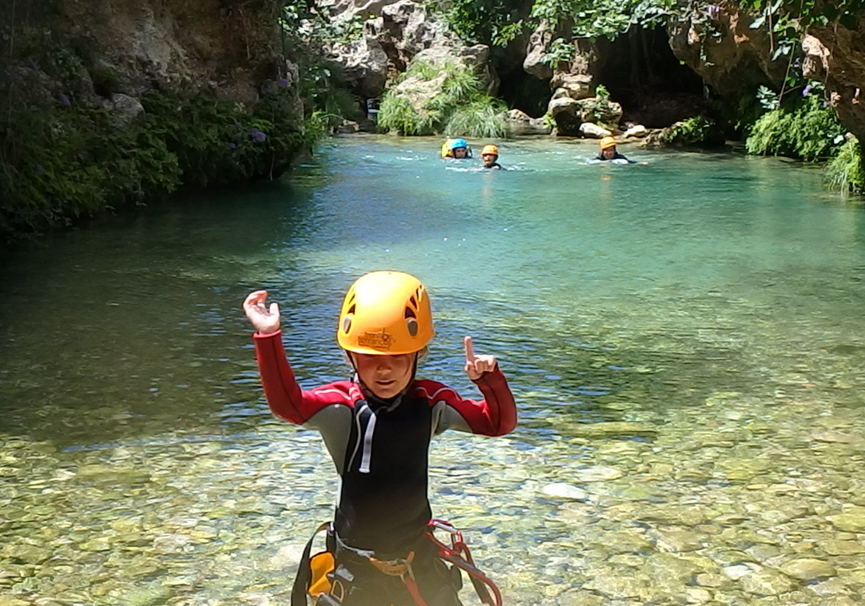 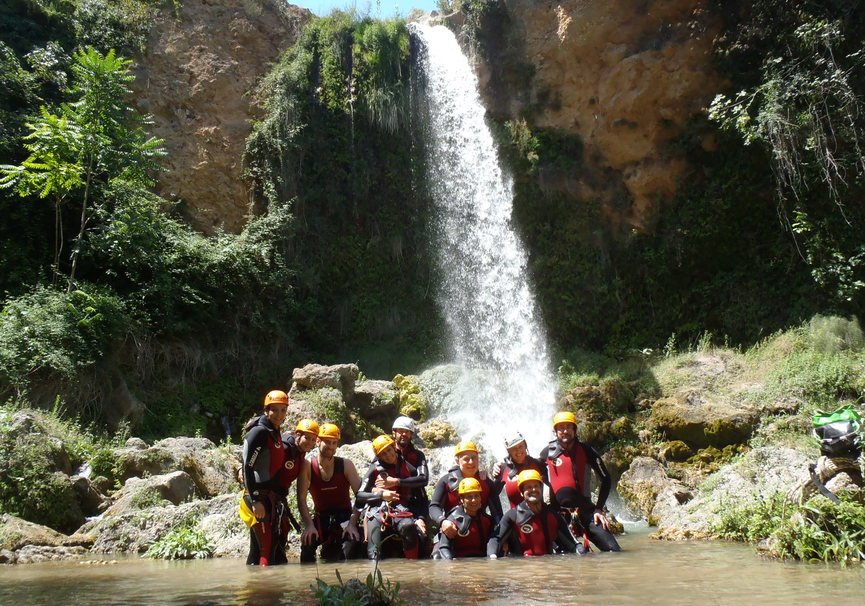 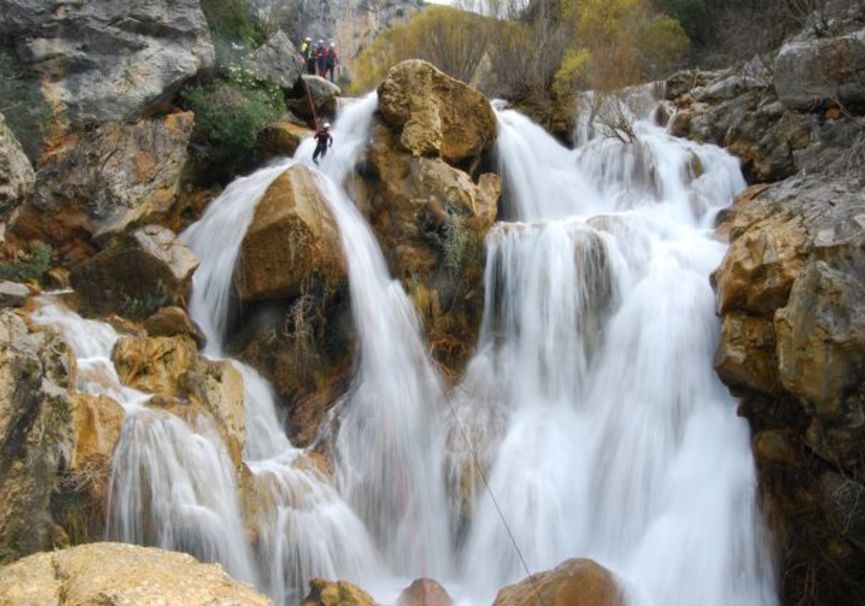 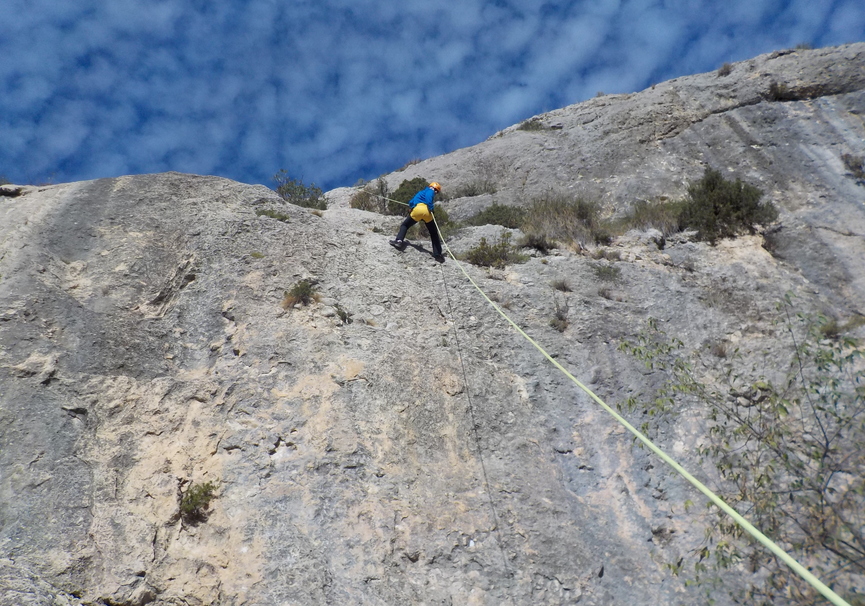 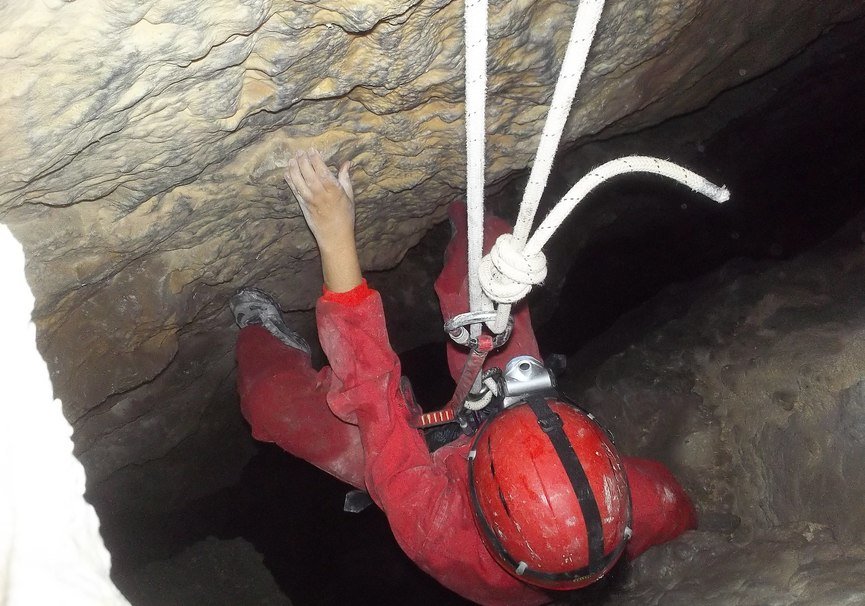 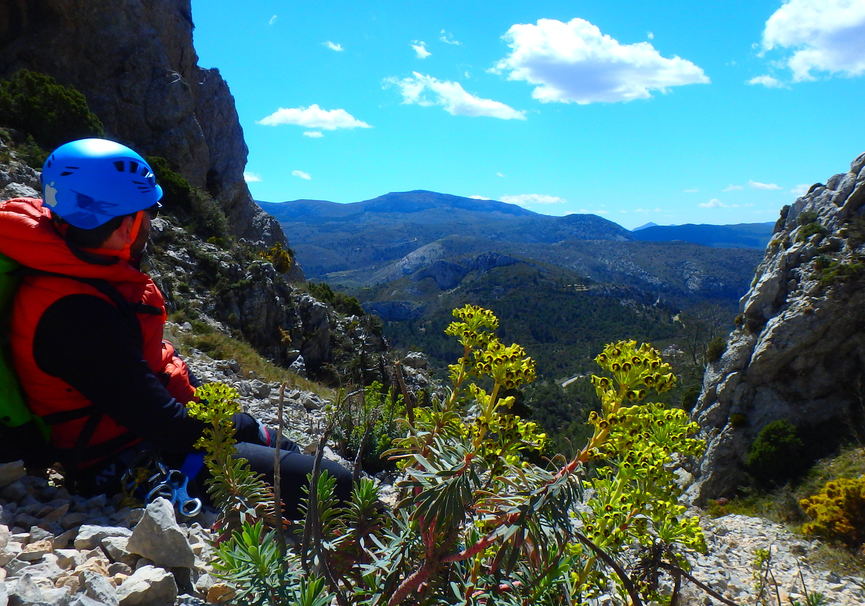 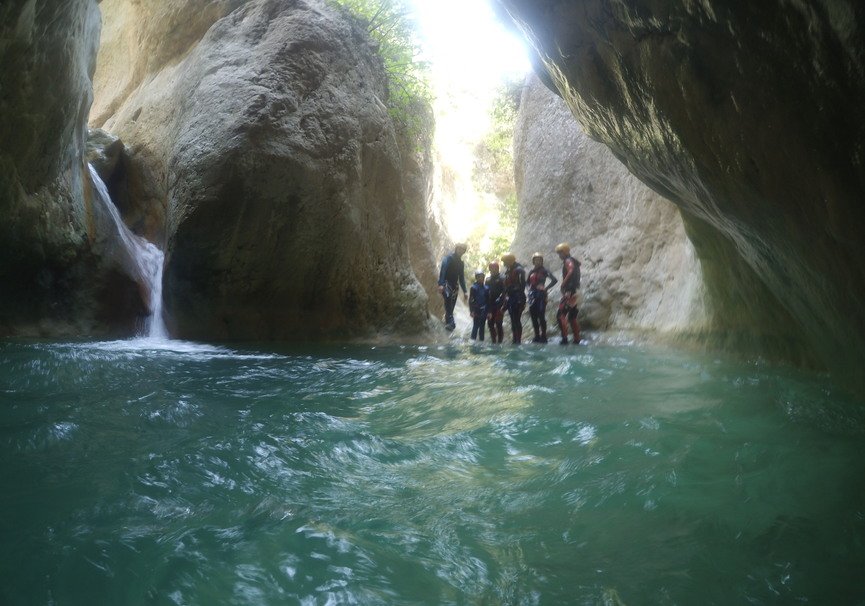 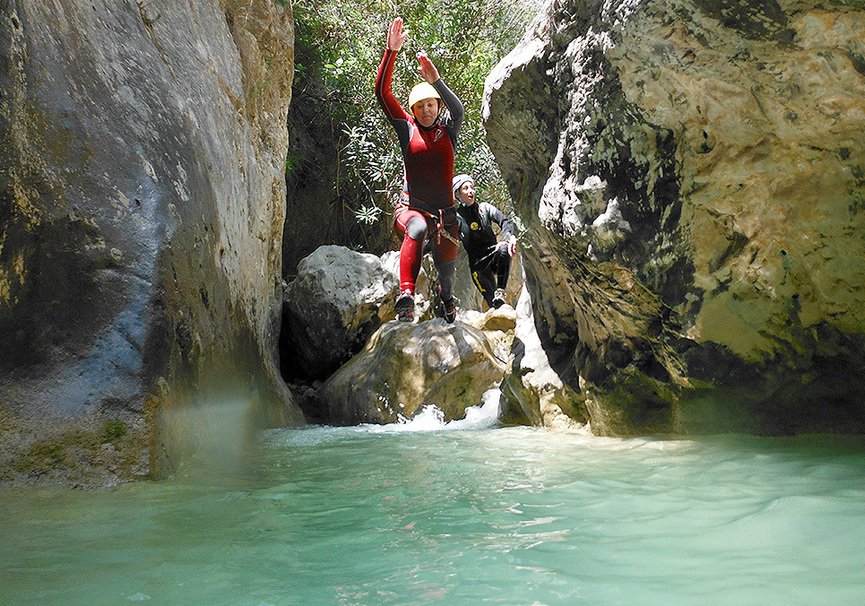 Aquatic Canyoning. Descent of the Barranco del Mela (Alicante)
Canyoning
ABDET, ALICANTE, Spain
Guided activity. 4 hours approx.
Show all activities
Choose your activity in Nature
Zip-line | Canopy at Albacete Climb | Rappel | Via Ferrata at Albacete MTB | Bike at Albacete Birdwatching at Albacete Ethno-tourism at Albacete Wildlife at Albacete Flora | Mycology at Albacete Nature photography at Albacete Geotourism at Albacete Kayak at Albacete Paddle surf at Albacete Boat trip at Albacete Horseback/Camel riding at Albacete Rafting | Hydrospeed at Albacete Snow rackets at Albacete Faunal and Botanical Reservoirs at Albacete Interpretive Trails at Albacete Trekking | Hiking at Albacete Windsurf at Albacete
What to see in Río Mundo
The Calares del Mundo and Sima Natural Park has as its main feature its complicated orography, the Calares is the central zone that divides the territory into a series of valleys that force us to travel through its mountain ranges to access all its corners.
Therefore, to plan a good tour of its entire length you must organize by zones, the best way to do it is to program it in five zones: Calar del Rio Mundo, Calar de la Sima, Tus River Valley, Sierra del Cujón and the river valley De La Vega.
Declared as such in 2005, it is located in the province of Albacete, bordering the northwest part of the province of Jaén. Immersed in it we find the municipalities of Cotillas, Vianos, Villaverde de Guadalimar, Riópar and Molinicos.


Vianos is a peculiar municipality located in the Sierra de Alcaráz, adjacent to Riópar, where the Mundo River is born. Small town of strong cattle and religious traditions, that also shows the typical manchego character with whitewashed houses and peculiar lattices, without ceasing to be a village of mountains located in a space as particular as a canyon. A very interesting visit here is the Hueco de los Quiñones.
The town of Molinicos is an obligatory cultural visit, whether it is through its urban route in which its most traditional trades are explained, or the mycological route, in which lovers of the collection of chanterelles and other mushrooms can enjoy their surroundings and your museum, where you will learn the importance of mushrooms and mushrooms for the ecosystem. And there is even place for moviegoers remembering the scenes shot here in the film Amanece that is not little.
If you have time, we recommend a walk through villages near Molinicos, you will be surprised by their situation between gorges and suspended from the rocks.
An optimal village for family tourism is Cotillas , because it has two very striking options, one is the visit to the castle, which gives its name to the town as it was called Al-Qutillas, which means "under the hill", and the other the area of ​​Arroyo Frío which is a lagoon that flows into a stream and in which there is a recreational area.
Villaverde de Guadalimar : two rivers run through this town, one of freshwater and another brackish, was the land of bandits and famous, is one of its characters, "Pernales", a route picks up the history of that time. Also famous for its resins tradition and possessor of a centenary yew, of the few remaining in these mountains. Near the yew are the Picarazos, another attraction of this small town, in the form of a geological formation, at the foot of the peak of Sarga.

Yeste is another of its municipalities, with impressive architecture, such as the Church of the Assumption or the Convent of San Francisco, and where is the Interpretation Center of the Park and the famous reservoir of Fuensanta.
The small town of Riópar has its origin in the period of Charles III, in the eighteenth century, with the founding of the Royal Bronze House of San Juan de Alcaráz, although the true origin is 6 km west of the current nucleus, Riópar Viejo , a settlement in the valley perched on a cliff, with spectacular views, in which the visit to its restored historic center and the ruins of the old Castillo-Fortaleza is highly recommended.
It is recommended to visit the Museum of Industrial Archeology located next to the tourist information point in the old Factories. In addition, Riópar is the perfect place to carry out various activities of active tourism and ecotourism such as hiking, visiting a wildlife reserve, horseback riding, rafting, canyoning, bird watching and star activity, caving .
Discover more activities in Río Mundo and surroundings
Show activities
Caving in Río Mundo: Featured routes
Something is still forming under the impressive karst landscape that is part of the Park. The bicarbonated waters that filter between the fissures of the calar between its numerous dolines and lapiaces, are opening the hollow to the great number of cavities that we find in this Park, that at the moment they are explored.
Cavities that for the most part accumulate all the filtered water in the form of aquifers, coming out to the outside sometimes in forms as splendid as the birth of the Mundo River, which is located in the Cueva de los Chorros of the Mundo River, a cave that presumes to be considered as the most important in the south of the peninsula, with 50 km of galleries verified by speleologists. Nothing more and less mada are 80 meters which has fallen to the abyss and is forming small pools that locals call stews.
Cueva del Farallón is very close to the previous one, which has large rooms inside and its access is not very complicated. Of course, all the caves in the park need permits for access.
Another cavity that can be visited is the Cueva del Niño located in Ayna, classified as an Asset of Cultural Interest. It is an archaeological site of 30 meters of gallery where cave paintings were found, which are almost the only Paleolithic paintings found on the plateau. Its typology caused that in the old days the locals denominated it cave of the Niñotes.
La Cueva de la Pedorrilla , located in the municipality of Riópar, is a small cavity through which water arises almost the entire part of the year, and inside we can see a small underground river, so you have to call the source of the Pedorrilla.
Do you organise ecotourism or adventure activities?
It is easy with Nattule!
Find how
Do you organise ecotourism or adventure activities?
It is easy with Nattule!
Find how
Language
English Español
[email protected] +34 627 62 80 80
Nattule © 2020