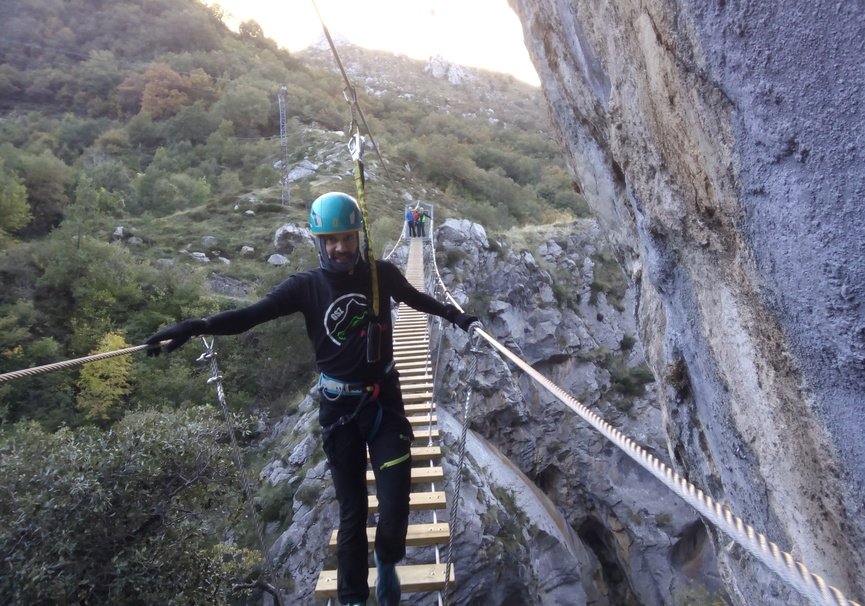 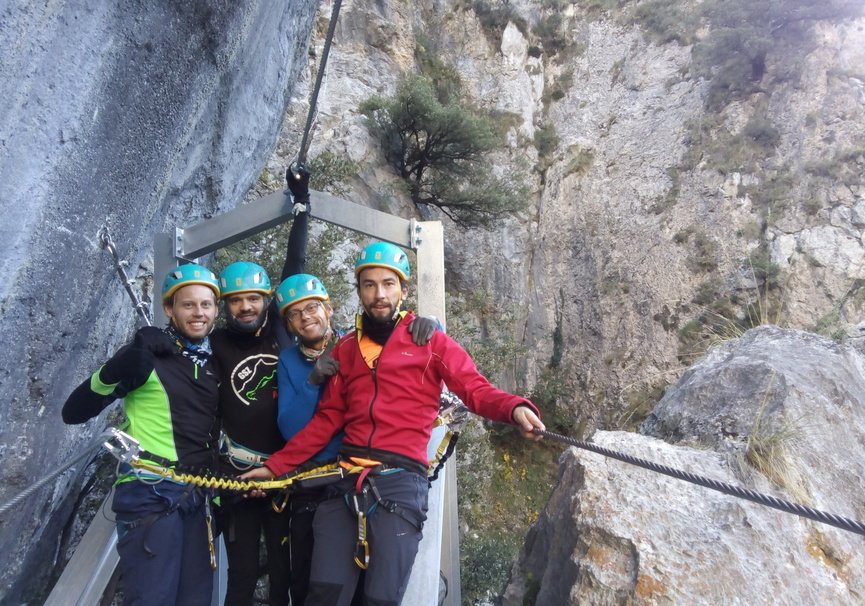 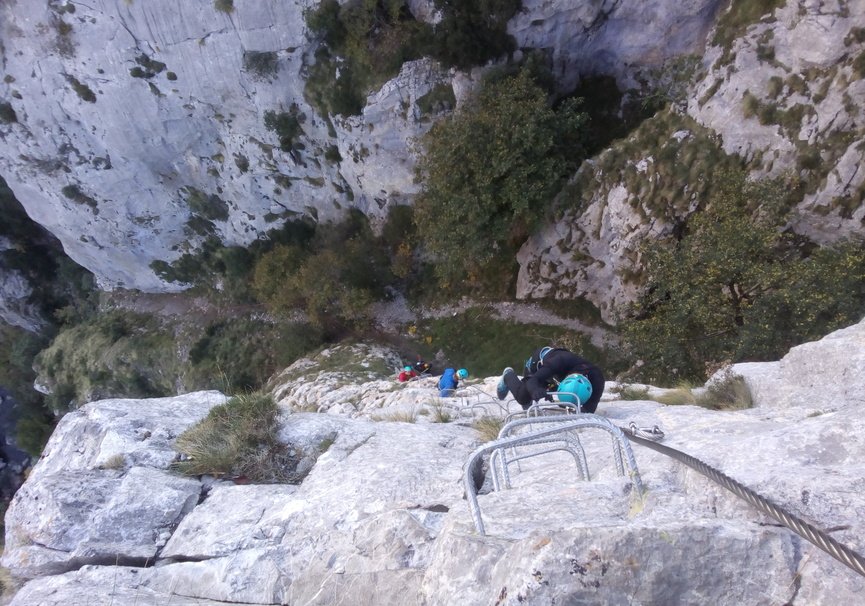 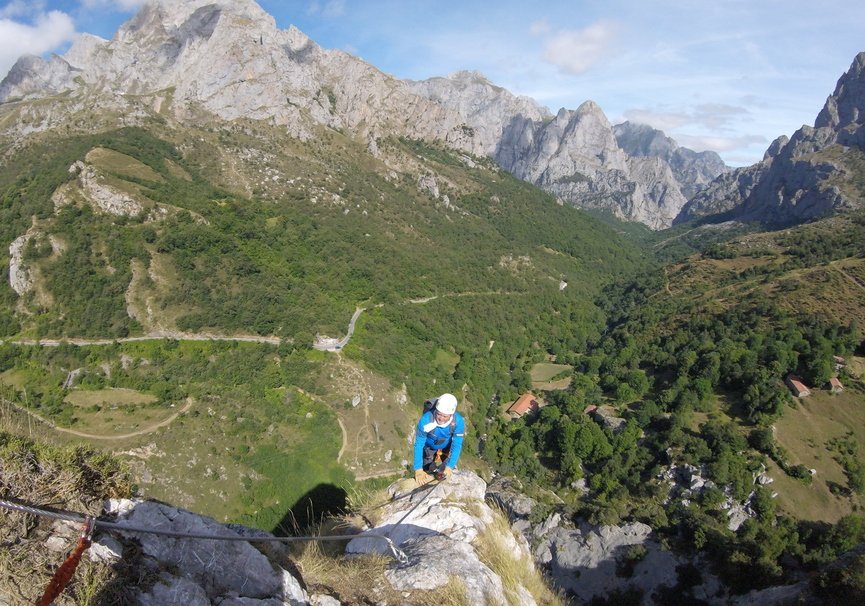 Valle de Valdeón’s via ferrata is a primarily aerial route located in the heart of Picos de Europa.


In this activity, we will go through the highest section of the route, with a 500 meter route and a 150 meter slope.

It’s not necessary to have a very good fitness level, though it’s best if you are usually active.

It does not require to have very good physical condition, but to be people who habitually do workout, the difficulty is average (it is equivalent to a K3).

Inaugurated in July 2016, via ferrata of valdeon is the first via ferrata within the territory of the Picos de Europa National Park.

Due to its length, the unevenness, the demanding route and the spectacular nature of its aerial route in the Picos de Europa, it is already one of the reference ferratas of the whole Cantabrian coast.

The location of the Valdeon via ferrata is in Cordiñanes, in the Valdeon Valley itself, and was built between the Aguja de María del Carmen and the Peña Castro.

You have access to via ferrata from the Tombo viewpoint, on the Cordiñanes to Caín road.

When we enter the road at the base of the Aguja de Mar del Carmen, we will do it by an incredible tibetan bridge, which is a hanging and narrow bridge, 35 meters long that will test your vertigo sensation, and is located at 30 meters high on the river Cares, with spectacular views of the landscape of Picos de Europa.

To access the via ferrata of Valdeon you have to request authorization from the Posada de Valdeón City Council. We take care of the bureaucracy :) filling in the booking form via ferrata.

The via ferrata is cataloged only in a section like K4 on the Hüsler scale, that is, of high difficulty. But in this case we will not do it, since it requires a medium-high level of preparation.

We will provide all the equipment needed:


The guided activity includes the insurances needed, and a transfer from our facilities to the via ferrata. The return is also included.
Requirements
You have to be at least 12 years old.
Children until 18 years old must be accompanied by an adult.
Details and equipment
Small bag with at least half a litre of water
Sunscreen
Sunglasses
Optional thin gloves (if you don't have any, at our shop located in the same facilities)

After this time, Tobaventura S.L. has established that you have up to 2 days before the activity to cancel and get a refund.