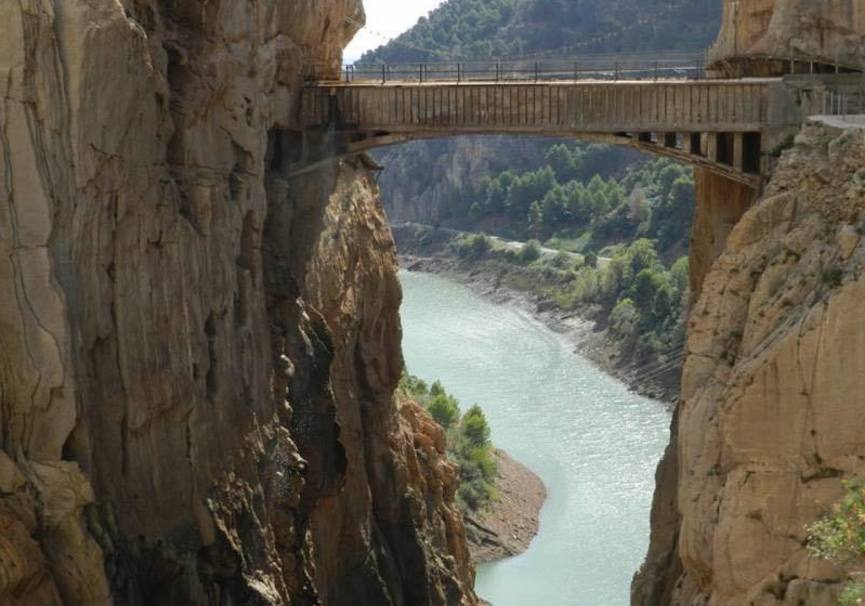 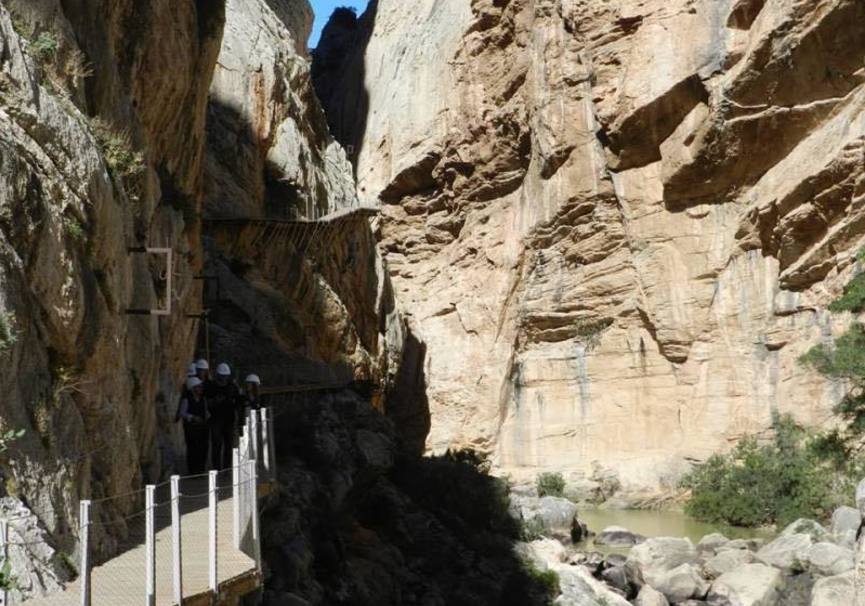 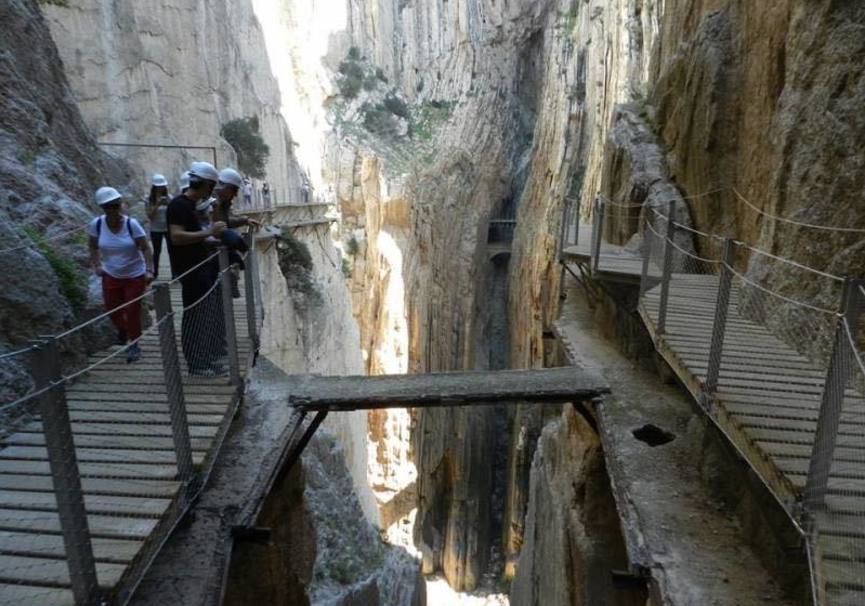 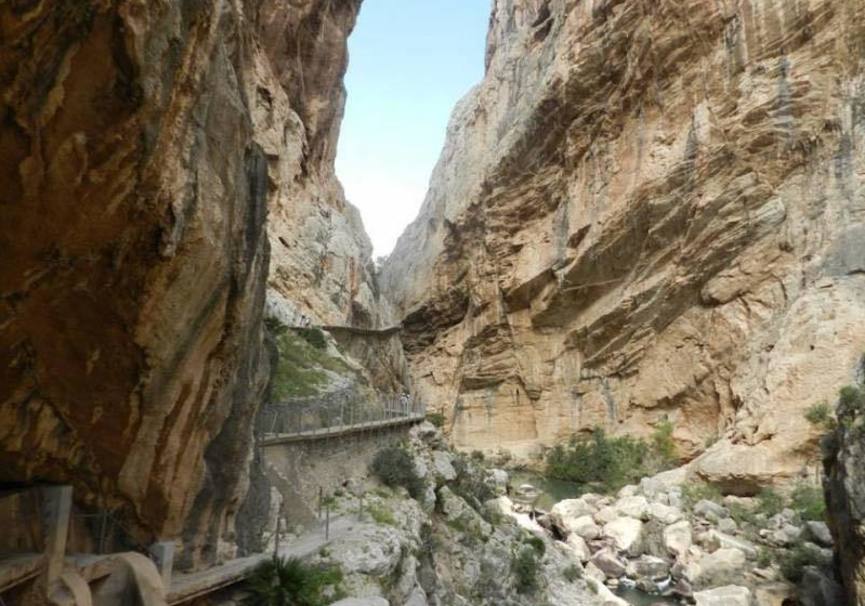 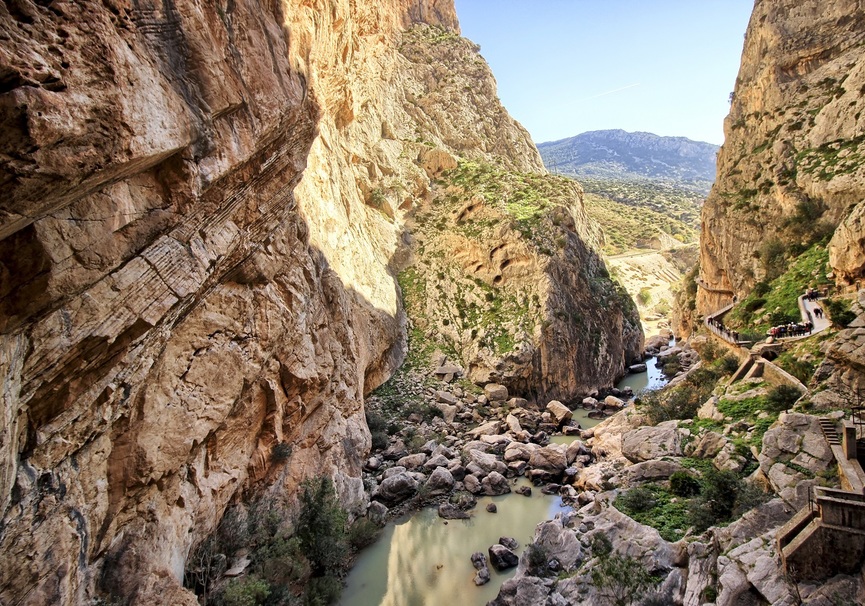 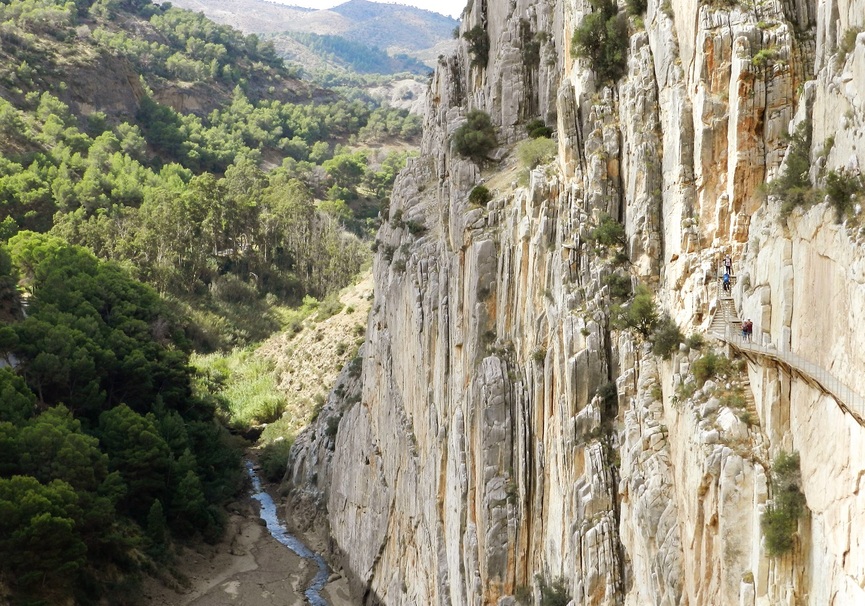 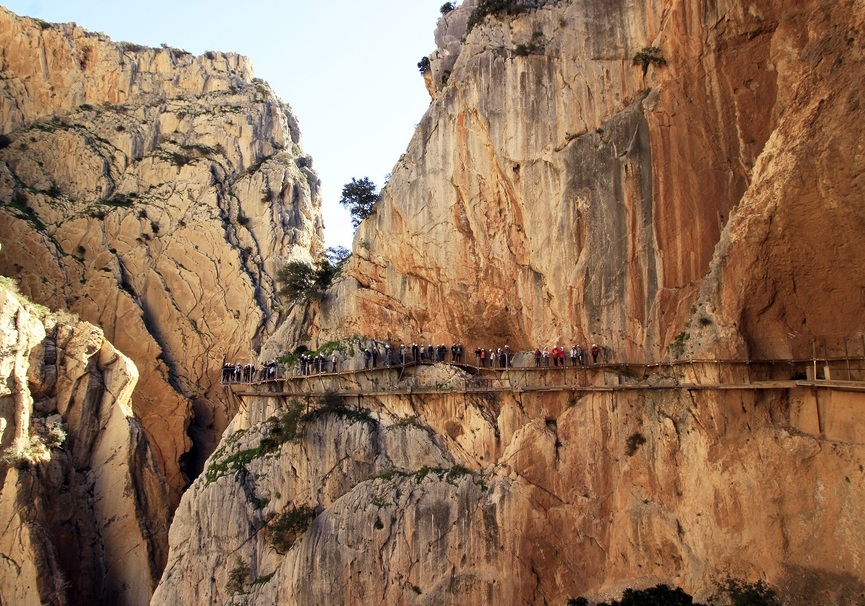 The incredible route of Caminito del Rey goes through the reservoir of Guadalhorce-Guadalteba and the town of El Chorro, in Málaga.


The route will start from Sevilla first thing in the morning to arrive in 2 hours to the reservoir in Guadalhorce, in Málaga. From there, we will start the activity in the path that starts parallel to the railway tracks, se we can later go through the gorges of Gaitanes and Gaitanejo.


The origin of Caminito del Rey goes back to 1921, when the king Alfonso XII crossed this path after inaugurating the prey of Conde de Guadalhorce; place where we get the name today. After several years of not being used, the path deteriorated due to a lack of maintenance. But, in March of 2015, it was conditioned and opened to the public again presenting no risks, with 7 kilometers of route suitable for everyone.


After the route, of about 2 hours and a half, we will be picked up at the final point to go and eat at some restaurant in the area. By the afternoon, we will be back in Sevilla.


Includes transfer, guide and a permit to enter Caminito del Rey.
Requirements
You have to be at least 8 years old and less than 80 years old.
Flexible cancellation

After this time, Naturanda has established that you have up to 2 days before the activity to cancel and get a refund.